Success! Your message has been sent to us.
Error! There was an error sending your message. 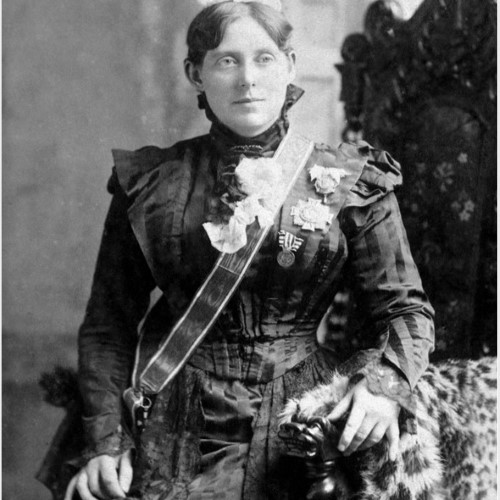 Nursing as a profession has existed throughout history, although it has evolved considerably over time. In the current healthcare system, nurses are one of the most trusted healthcare professionals with a significant role to play in the treatment and medical care of the sick.

The term nurse originates from the Latin word nutire, which means to suckle. This is because it referred primarily to a wet-nurse in the early days and only evolved into a person who cares for the sick in the late 16th century.

The first known documents that mention nursing as a profession were written approximately 300 AD. In this period, the Roman Empire endeavored to build a hospital in each town that was under its rule, leading to a high requirement for nurses to provide medical care alongside the doctors.

The profession of nursing became considerably more prominent in Europe in the middle ages, due to the drive for medical care from the Catholic church. In this period, there were many advancements and innovations that took place, which eventually went on to form the base of modern nursing, as we know it.

The first Spanish hospital was built in the late 500s to early 600s in Merida, Spain, with the intent to care for any sick individuals regardless of ethnic origin or religion. Several others were created in the following centuries but their upkeep was neglected until Emperor Charlemagne began to restore them and update the supplies and equipment in the 800s.

Throughout the 10th and 11th centuries, the nursing profession expanded due to changes in rulings in Europe. Hospitals began to be included as part of monasteries and other religious places and the nurses provided a range of medical care services, as was required, even beyond traditional healthcare. This all-encompassing model gained popularity and continues to be responsible for the wide range of duties a nurse is responsible for today.

At the beginning of the 17th century, the nursing as a profession was rare due to various reasons, such as the closing of monasteries that housed the hospitals. However, in some regions of Europe where the Catholic church remained in power, the hospitals remained and nurses retained their role.

Florence Nightingale was a nurse who tended to injured soldiers in the Crimean War in the 1850s and played a significant role in changing the nature of the nursing profession in the 19thcentury.

Florence Nightingale and the Introduction to Modern Nursing

When looking at the rise of modern nursing within Europe, it’s important to note that Florence Nightingale helped to change the nature of the profession forever. Around the early to late 1900’s, nursing was becoming more important than ever, as nurses were needed on the front lines of the many wars being waged, from the Crimean War to the Civil War. Nurses were sent to attend to the sick and wounded soldiers in battle. Florence Nightingale began her illustrious nursing career as a nurse within the Crimean War that took place in the mid 1850’s, tending to injured soldiers on the battlefield. During this time, deaths from injuries were commonplace, due to the lack of general hygiene and the huge amount of fatal infections that resulted from these wounds.

Upon encountering this, Nightingale asked for and received aid from the British government that allowed for much better hygiene throughout the battlefield and nearby hospital. It was due to this that the rate of death from infections dropped drastically in but a short period of time. Throughout the rest of her life, Nightingale advocated for sanitary living conditions for patients, as well as providing similar designs to be implemented within hospitals, an ideal that has spread throughout the entirety of the nursing profession throughout the following years

During this time, the role of nurses continued to expand due to the need for their presence on the front lines of wars, where poor hygiene standards often led to fatal infections in the injuries. Nightingale campaigned for improved hygiene standards in the hospital attending the wounded soldiers, which drastically reduced the number of deaths from infections.

The profession of nursing was pushed further forward in 1860 with the opening of the very first nursing school in London. This was the beginning of many other schools for new nurses so that they received appropriate training and education before they began practice on the field.

However, the need for nurses expanded with the world wars in the twentieth century, and many nurses were required to begin providing care without adequate training. Since this time, education institutions for nurses have continued to expand.

The profession has also branched out into various specializations with further education in particular fields of nursing care, such as pediatrics or oncology.

Education Required of a Nurse Today

While in the late 1800’s and 1900’s, those looking to become nurses would simply go to school and achieve a certification in nursing, it’s now possible to attend nursing school and choose any number of degrees to graduate with. Here’s a small look at what those are. For instance, in the U.S., you can choose to receive a diploma in nursing, which merely requires 3 years of study and a certain amount of hours of hospital-based work. This type of degree is the oldest such nursing degree and has been present since the late 1800’s.

Today, students have the added option of choosing to pursue an associate’s degree in nursing, as well as a bachelor’s degree, master’s degree or even a doctorate degree in nursing. Each successive degree requires extra years of study, though also gives students better career opportunities within the field of nursing upon graduation, an advantage that only presented itself in the 1960’s and 70’s. Upon obtaining any one of these degree types, students will then have the opportunity of taking a licensure examination and becoming a registered nurse.

While the role of nurses in the world has expanded dramatically within the last 2 centuries, it’s clear that nursing will continue to grow into an even more important aspect of the health care industry within the years to come.